Celebrating Indigenous Languages in our Communities and Beyond 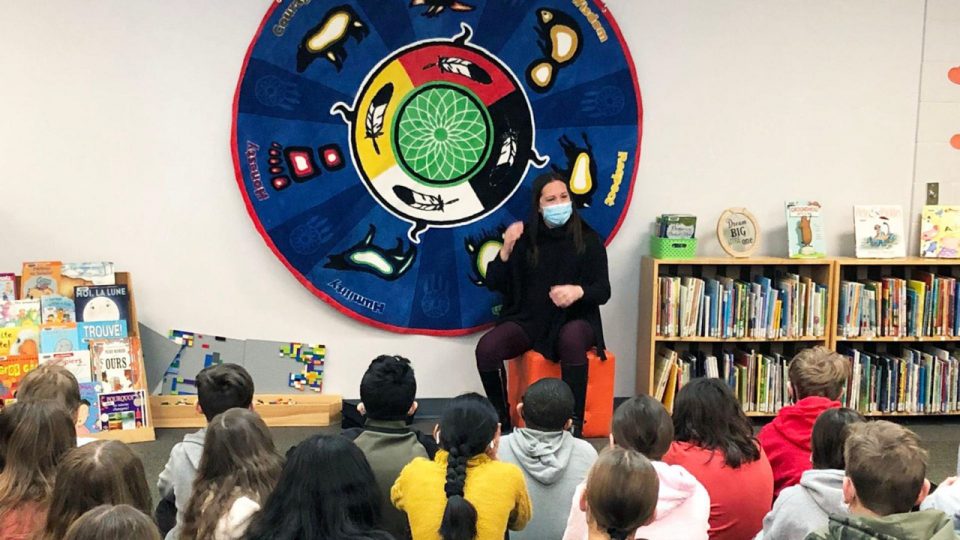 Thursday March 31, 2022 is National Indigenous Languages Day and we recognize that promoting the magnificent cultural heritage of Indigenous peoples is something that should be an ongoing effort within our communities.

We welcome the International Decade of Indigenous Languages

The decade from 2022 to 2032 has been marked as the International Decade of Indigenous Languages by the United Nations General Assembly.

Our goal and responsibility as Canadian citizens are to create an environment that welcomes the adoption of Indigenous languages into our mainstream society. We invite our Ottawa Catholic School Board community to celebrate this important initiative by taking the time to learn more about the wonderful Indigenous languages that are being spoken in Canada today, and spread awareness of our responsibility to keep Indigenous culture alive.

Here’s an article from the Royal Canadian Geographical Society about the International Decade of Indigenous Languages.

You can learn more about the International Decade of Indigenous Languages from this CBC News Video.

At 4:00 pm on Wednesday, March 30, 2022, Western University is hosting an event called Indigenous Voices: National Indigenous Languages Day. Ian McCallum of the Munsee-Delaware Nation will be sharing his wisdom on how he has helped keep the Munsee language alive among younger generations. Those who are interested in this event can register at Western University’s Zoom link.

Continuing our journey to learn more about Indigenous culture

Did you know there are more than 70 Indigenous languages that are being spoken in Canada today? With so many Indigenous languages still alive and well, they are such an important part of our Canadian culture. It’s for this reason that we need to ensure we pass this knowledge down to the next generation. We need to take action, and this can only happen if we empower ourselves with the knowledge needed to protect this important part of our Canadian heritage and identity.

Here are a couple more resources to help you get started

OCSB Students Helping Ukraine Through Their Love of Art