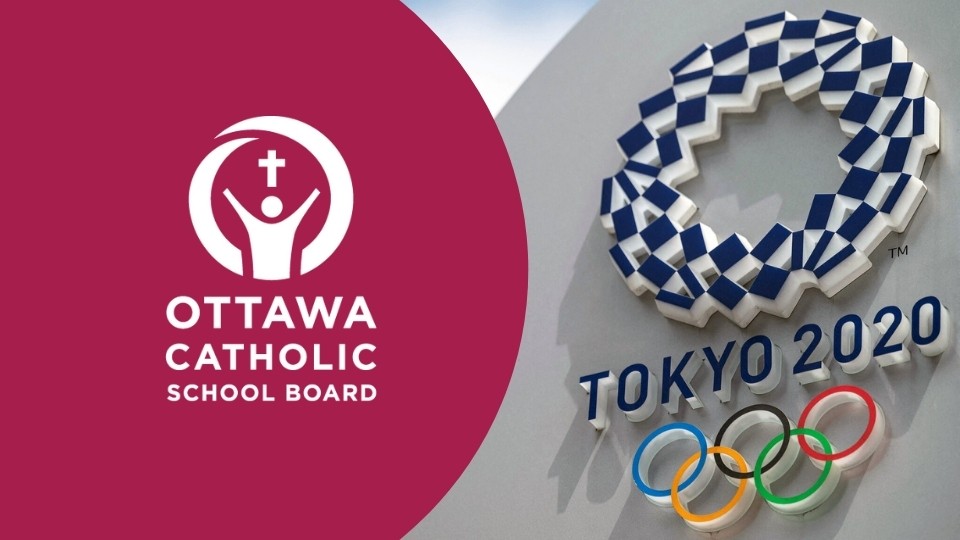 The Ottawa Catholic School Board is cheering on several former students taking on the world at the Summer Olympic Games in Tokyo, Japan! For event schedules and results, visit the CBC Olympics Event Schedule for the Tokyo 2020 Games.

Joanna is a former student from All Saints High School in Kanata and will be representing Canada in the Triathlon Monday, July 26 at 5:30 pm. Let’s cheer her on as she swims, bikes and runs against the best triathletes on the planet.

This three-time Olympian will be representing Canada in the Men’s Kayak Slalom. He happens to be the son of St. Pius X High School Vice-Principal, Ms. Khan-Tayler and will have the full force of St. Pius X and Ottawa Catholic School Board communities cheering him on in Tokyo.

Defending Olympic wrestling champion in the women’s 75 kg, former Sacred Heart High School student is poised to bring home gold again! Erica was awarded the Ottawa Catholic School Board’s Distinguished Catholic Alumni Award in 2018, and we couldn’t be prouder to cheer her on in Tokyo!

Did we miss someone?

Know another athlete competing at the 2020 Tokyo games who attended an Ottawa Catholic School? Email connect@ocsb.ca so we can cheer for them!