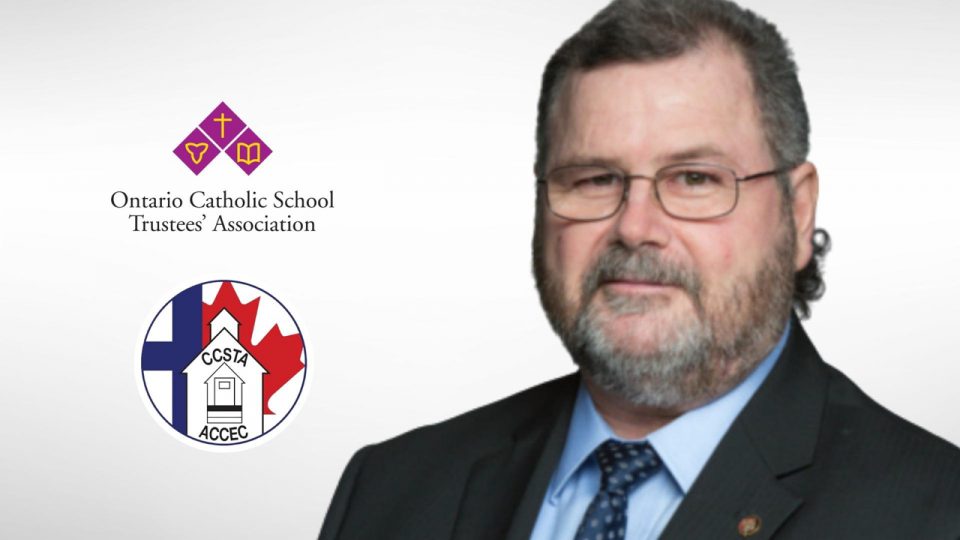 Over the weekend, OCSB Chairperson Mark Mullan was appointed to the Ontario Catholic School Trustees Association’s Board of Directors to represent Region 12 at the association’s Annual General Meeting.

In his winning speech to the conference delegates, Trustee Mullan said, “Catholic schools are about relationships at their most fundamental level. Our schools are not just a collection of buildings, timetables, and technology but are places where students, educators, and administrators have faith in each other and God. In my opinion, that defines what makes Catholic education so distinctive!”

Mark believes faith is a critical part of a well-rounded education. As the OCSB Board Chair, he promotes faith at the heart of everything we do. His leadership is inspired and led by Catholic values.  Mark has been a longtime champion and advocate of Catholic education in Ottawa, the province and the country. The OCSB is proud to have a chairperson who is so engaged and active in promoting the importance and vibrancy of Catholic education in Canada.