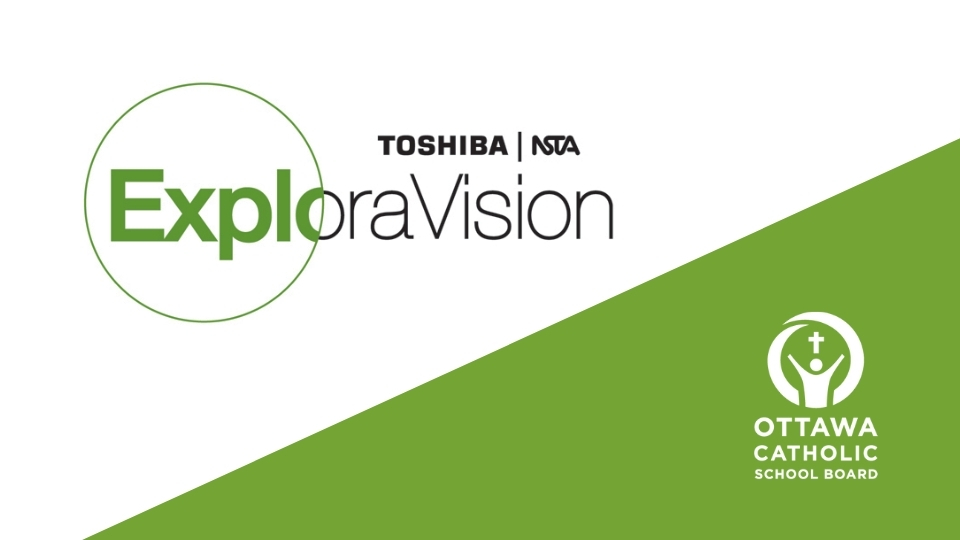 A small team of innovators from St. Andrew School’s Program for Gifted Learners (PGL) are going to the ExploraVision finals for their CT-Scan-To-Go invention! Toshiba and the National Science Teaching Association (N.S.T.A.) announced on Friday that the four-student team won the regional branch of the international innovation competition.

The St. Andrew students beat out teams from across Canada and the northernmost U.S. states. ExploraVision is the largest K-12 science competition designed to build problem-solving, critical thinking and collaboration skills central to the Next Generation Science Standards.

The St. Andrews team came up with a computed tomography portable scanner they call CT-Scan-To-Go. The device is small enough to fit into a suitcase. It operates with an x-ray transmitter and receiver attached to a helmet designed to fit the patient’s head. By using robotic arms, the transmitter and receiver circulate the patient’s head, allowing each part of the patient’s body to be scanned. The images are then pieced together much like a puzzle to create a complete body image and sent to a physician to interpret the results.

St. Andrew Program for Gifted Learners (PGL) Teacher Nancy McLaren said, “Two-thirds of the planet does not have access to essential radiology services. Computed Tomography Scanners traditionally take up a lot of room and are not portable. This device has the potential to save lives around the globe!”

This year’s regional winners’ projects include innovative ideas ranging from computed tomography portable scanners to more cost-effective approaches for launching space rockets. The 23 winning teams will now advance to the national phase of the competition, where participants will have a chance to win $10,000 U.S.