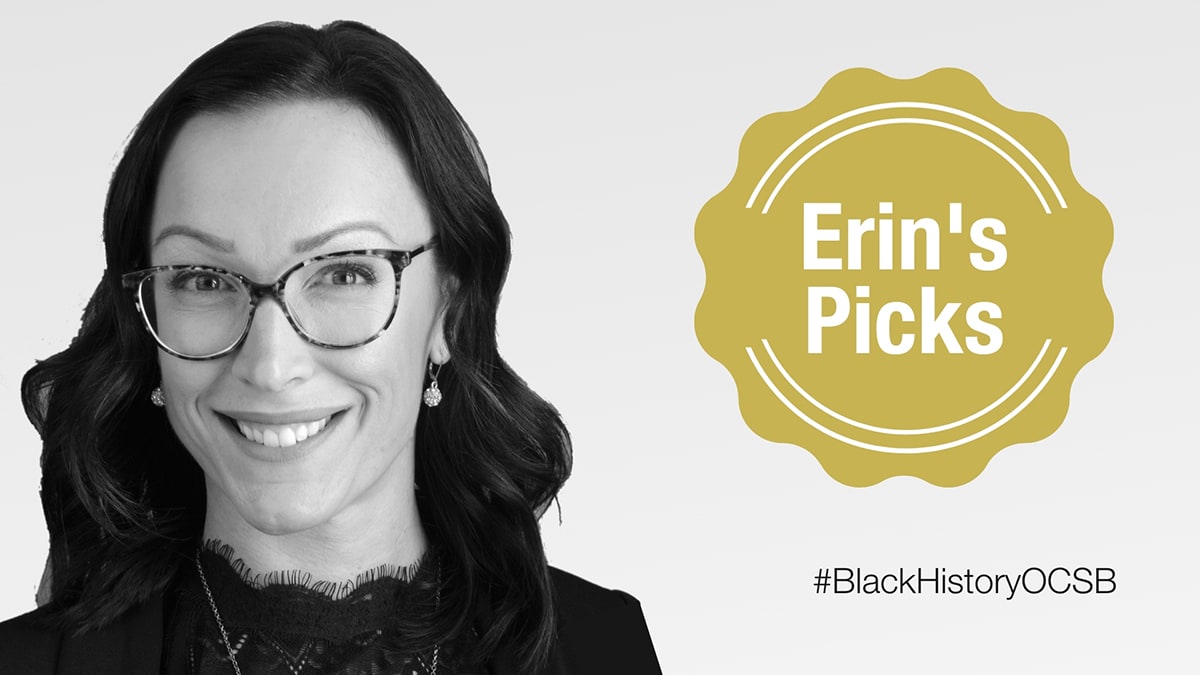 Chapters might have “Heather’s Picks,” but at the Ottawa Catholic School Board, we have no shortage of educators with great taste in books! In honour of Black History Month, I sat down with Erin Doak, our English, Literacy and Contemporary Studies Consultant for Grades 7-12 to share some of her top picks for intermediate and secondary level readers. Here are her picks!

This fiction book is written by one of my favourite Black Canadian female authors, Esi Edugyan. It forces readers to ask the question – “What is true freedom?” The story captures the raw emotions of Washington Black, an eleven-year-old field slave from a Barbados sugar plantation, who gets chosen to work for a white master, Christopher Wilde or “Titch.” Washington only knows a life of cruelty and torture and is certain this new arrangement is no exception. What he finds instead is a world of adventure, innovation, human dignity, redemption, love and perhaps even freedom. The friendship these two characters create is built on a foundation of love and mercy, which speaks to our Board’s Spiritual Theme: Love Mercy and Kindness.

Bryan Stevenson’s non-fiction novel, Just Mercy, is flying off the shelves and into classrooms internationally. This is a story that challenges the United States legal system by exposing cases of innocent black (and racialized) people held on death row. It follows the story of Walter McMillian, who received a death sentence for a crime he did not commit.  The book unpacks the hard truths and statistics of systemic racism and incarceration rates in America and forces Canadians to grapple with the parallels in our own country. The book has been adapted for Young Adult audiences and is currently a major motion picture in theatres now. This book would be a great addition to grade 10 English classrooms or a law class – a cross-curricular collaboration would be even better!

Some may know him best as a comedian, actor, and political commentator, but readers really get to him in his captivating memoir, Born a Crime: Stories from a South African Childhood.  In 18 personal essays, Noah weaves together this coming-of-age story during the apartheid in South Africa and the unlikely days of freedom that he successfully finds himself in today. Noah’s existence is illegal simply because he was born to a Swiss father and a black Xhosa mother at a time when such a union was punishable by five years in prison. Readers will cheer for this mischievous young boy who grows into a successful young man in a world where he was never supposed to exist. I found his mother’s fervent faith a beautiful connection to our faith-based curriculum. This book would fit best in a high school classroom, but has been adapted for an 11+ audience with the title: It’s Trevor Noah: Born a Crime: Stories from a South African Childhood. That version could be used in a 7/8 English classroom.

Do you have a book you would add to this list? Let us know on social media using #BlackHistoryOCSB!