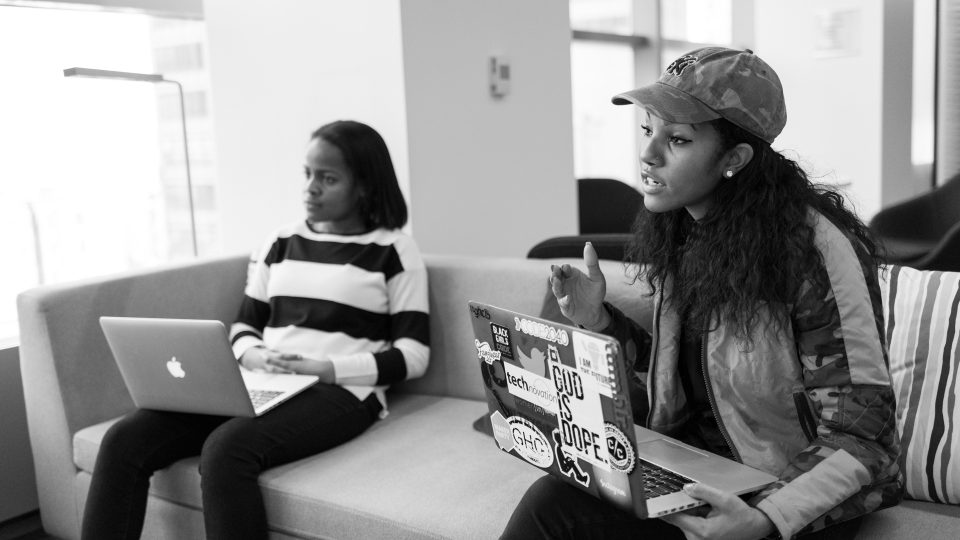 The Ottawa Catholic School Board will hold its second annual Black Student Forum on November 18, 2021. This virtual event gives Black students across the school board the opportunity to meet and give voice to their collective experiences and efforts within their school communities. By providing a safe space for Black students to share their ideas for better inclusion of Black culture and supporting its success in education, we give our students and school board the opportunity to meet our God-given potential.

How did the OCSB Black Student Forum begin?

The Black Student Forum (OCSB BSF) is an initiative that finds its early roots in a trip to the Canadian Senate. In February 2020, Black students across the OCSB met with Canadian Senate members Marie-Senator Francoise Mégie, Wanda Thomas Bernard and Rosemary Moodie. They heard the senators speak on the significance of Black History Month from a Canadian perspective.

This experience sparked an idea to create a space for deeper conversation around Black issues in education. In the months that followed, OCSB students, educators and employees worked together to create an event that would allow Black students to gather, share their experiences and insights and foster community across school communities.

In November 2020, the first OCSB Black Student Forum was held. Black student representatives from all 15 OCSB high schools joined forces to facilitate the virtual event for over two hundred of their peers. This event featured student-led workshops for students and educators on subjects like Micro and Macro aggressions, Systemic Racism and Mental Health. The students received support from educators within the OCSB Black Educators Network and the community at large. They also heard from marquee Mental Health Specialist Meghan Willis Stewart.

One of the mandates featured in the action plan from the first Black Student Forum was to support Black students in each of the 15 high schools by creating their own Black Student Association to lead the planned work for the rest of the year.

OCSB leaders who attended the event were also able to hear students’ views on the obstacles they face daily. One such leader in attendance was OCSB Director of Education, Tom D’Amico. These talks helped inspire the creation of the OCSB Black Student Advisory Council (BSAC), composed of students from several Black Student Associations. They have been integral in discussions that have led to the removal of policies against headwraps and durags in our schools that singled-out Black students for years. These discussions continue with the Director on a regularly scheduled basis to this day.

The operative word in the name of the event, “Forum,” describes the depth of collaboration between students to create a safe space to express themselves. This year students from OCSB’s Immaculata and Notre Dame High Schools worked together to create the graphic that would serve as the visual backbone of the event’s guiding theme. This is the true success of the event. Students are the ones who produce the workshops, create the designs, promote the event and manage the website year-round. The “Six C’s” of Deep Learning – citizenship, character, communication, critical thinking, collaboration and creativity, are all hard at work throughout the year as students participate in this event.

“With the Power of Enlightenment: We Move”

The guiding theme for this year’s forum gives movement to the initiative students have shown by sharing their voices. “With the Power of Enlightenment: We Move” is an energetic quote the students are using to guide this year’s event. Here are some of the workshops that students will be leading and participating in:

A. Black Excellence: Within You & For You

B. The Impact of Anti-Black Racism On Identity and Excellence

C. How To Create A Black Student Association For Grade 7&8

D. How To Start A Black Student Mentorship Program

E. Our Mental Health & Well Being

On November 18, the Black Student Forum event will take stage online again, likely with more students than before. It is clear from the title of “Workshop C” that our students intend to expand. These students will continue to find support from the OCSB Black Educators Network, leaders and employees. We hope to grow this initiative as it is also a fundamental example of Equity at the OCSB and our Equity, Diversity and Inclusion Framework.

Feedback on our Strategic Plan