News from the Boardroom

December 3, 2019 News From the Boardroom 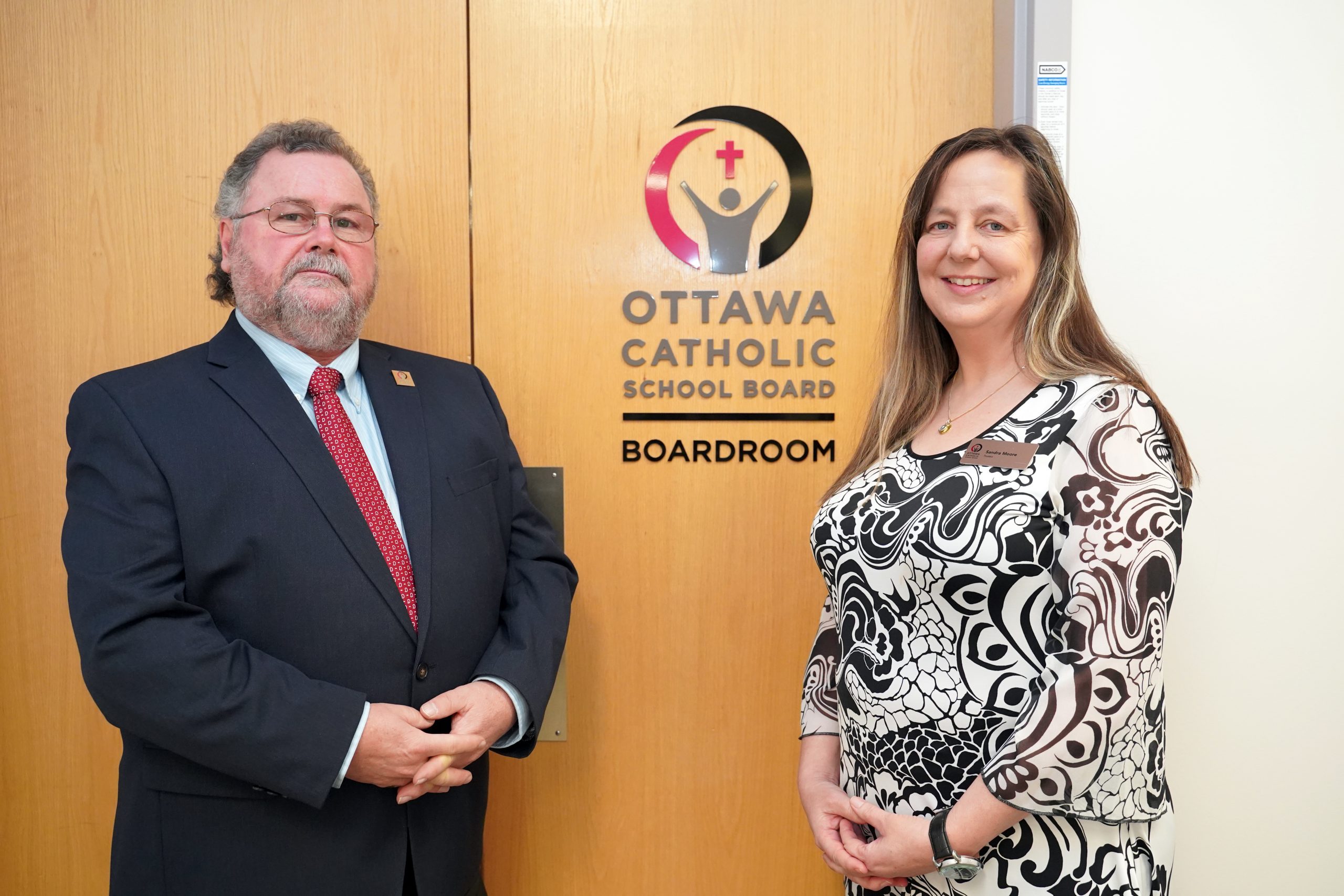 The Ottawa Catholic School Board (OCSB) elected Trustee Mark. D. Mullan as Chairperson and Trustee Sandra Moore as Vice-Chairperson at its Annual General Meeting (AGM) held on Tuesday, December 3, 2019. Trustee Mullan has dedicated 22 years to serving Catholic students, winning his first election in 1997. He represents Zone 8, Alta Vista/Gloucester Southgate. He served three years as Vice-Chairperson of the Board of Trustees from 2008-2011 and is about to enter his fourth term as Chairperson of the Board of Trustees (2011-2012, 2012-2013 and 2018-2019).

Trustee Sandra Moore has served since 2014 and represents Zone 2, Kanata North/Kanata-South. Ms. Moore is a former teacher in the District of Surrey, British Columbia, and before becoming an elected official, she was the Chair of Holy Trinity Catholic School Council.

The OCSB Board of Trustees is made up of 10 Trustees elected by zone and two Student Trustees. The Trustees are responsible for overseeing a faith-filled environment ensuring safe, caring and inclusive schools that serve 45,000 students in 84 schools and four education sites.

“I am privileged to serve as Chairperson, and I would like to extend my gratitude to my colleagues for their continued support. I look forward to building on the guiding principles of the work we are doing relative to our strategic commitments and spiritual theme. We are making sustained progress in the areas of equity, well-being, and innovation.”

“I am grateful for my colleagues’ confidence in my abilities, and I am pleased to represent the Board as Vice-Chairperson. Collectively we are strengthening our system conditions to promote positive mental health and well-being. As a faith-based community, we are striving to provide the highest quality education that respects the universal values of all faiths, grounded in Catholic principles.” 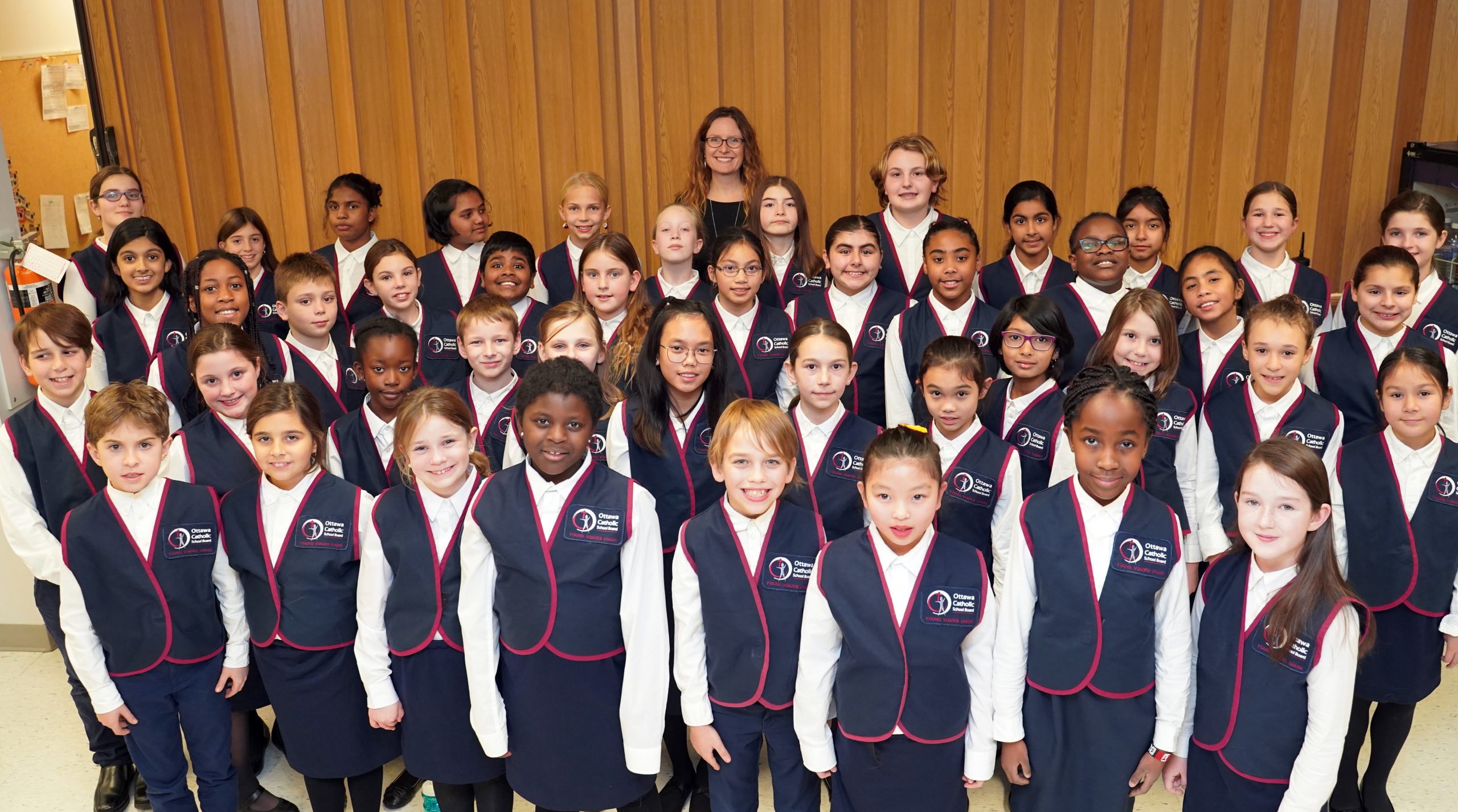 The Young Voices Choir, which includes singers selected from OCSB elementary schools, entertained those in attendance at the meeting. The members’ dedication to the choir was on display with every song they performed. The choir rehearses weekly and performs at events throughout the region, including the Annual General Meeting. The award-winning Young Voices Choir Director is Teacher, Patricia Kaiser. 2019 marks her 20th consecutive year directing children’s choirs.

As with all Annual General Meetings, a mass was held prior to the election process. The Memorial Mass of Saint Francis Xavier was presided over by Auxilary Bishop Most Reverend Guy Desrochers, C.Ss.R. who encouraged those in attendance to let the power of prayer into their daily life. Photo (above): Denise Andre, Director of Education with Bishop Desrochers.

News from the Boardroom Summary 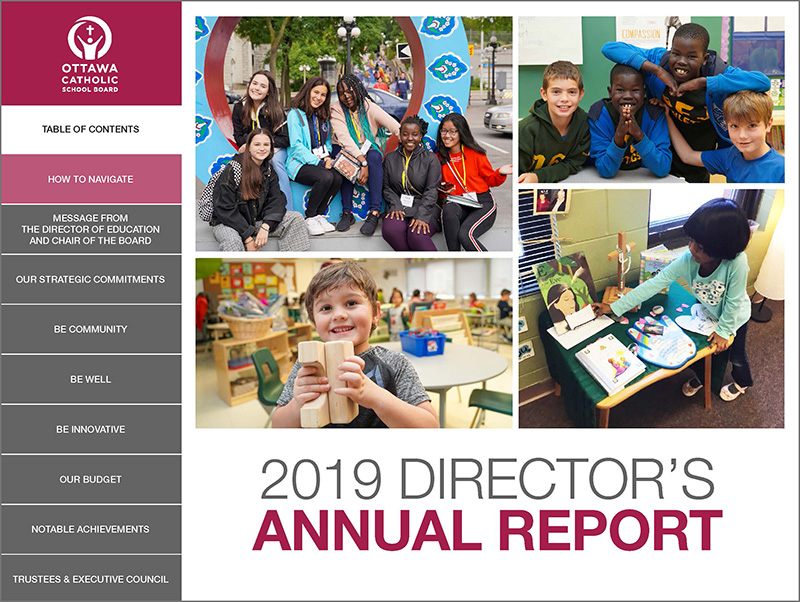 The Director’s Annual Report 2019 was also unveiled at the Annual General Meeting. The stories contained within this report showcase our strategic commitments to Be Well, Be Community, and Be Innovative. 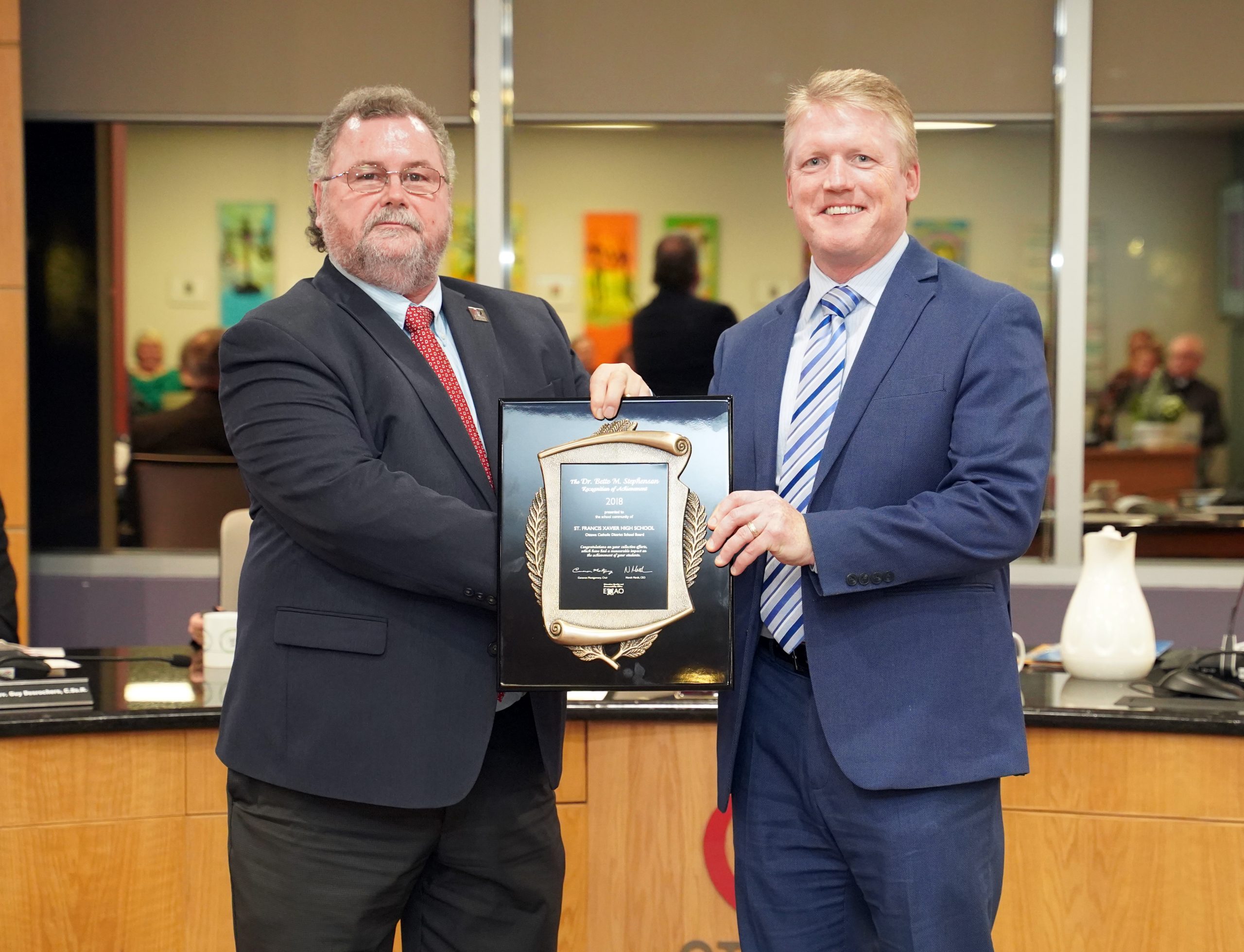 Principal of St. Francis Xavier High School, Sean Kelly, was at the Annual General Meeting to accept the Dr. Bette Stephenson Recognition of Achievement Award. The award was granted in recognition of the schools’ demonstrated improvements in fostering positive attitudes toward math. The schools’ EQAO results over the last three years have shown improvement. Photo (above): Mark D. Mullan, Chairperson with Sean Kelly, Principal.